highlights of offshore US oil and gas development

and associated facts and figures

Petrolytics - The American Petroleum Institute (API), in conjunction with OnLocation, Inc, published a report documenting the consequences of a leasing and development ban on US federal lands and waters.

The stated goal of the analysis "is to project the impact that stopping leasing and development on federal lands and offshore would have on oil and gas production, energy prices, the economy, employment and the American consumer through 2030".

The key highlights are as follows:

The full presentation is available here.

To complement the API report discussed above, we thought we'd wrap up with a few plots illustrating the state of US Gulf of Mexico oil production. 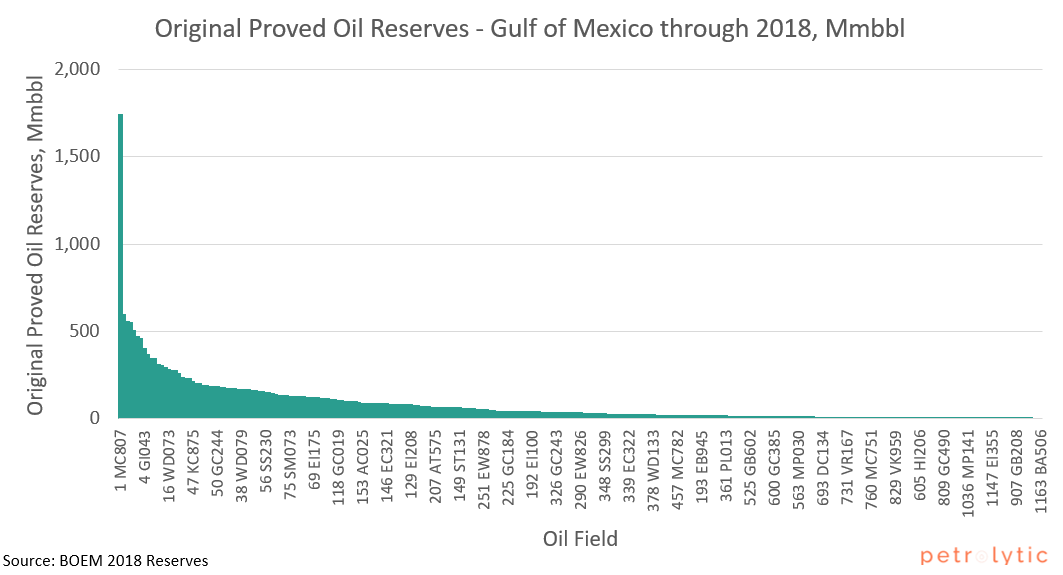 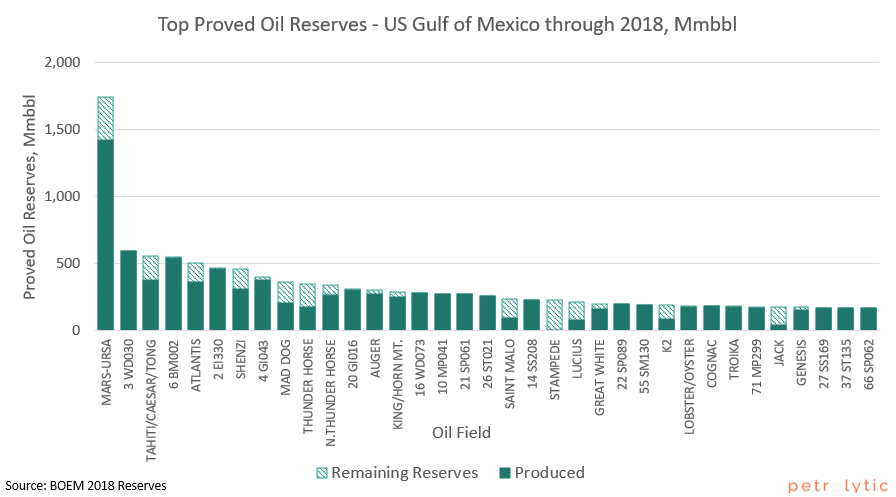 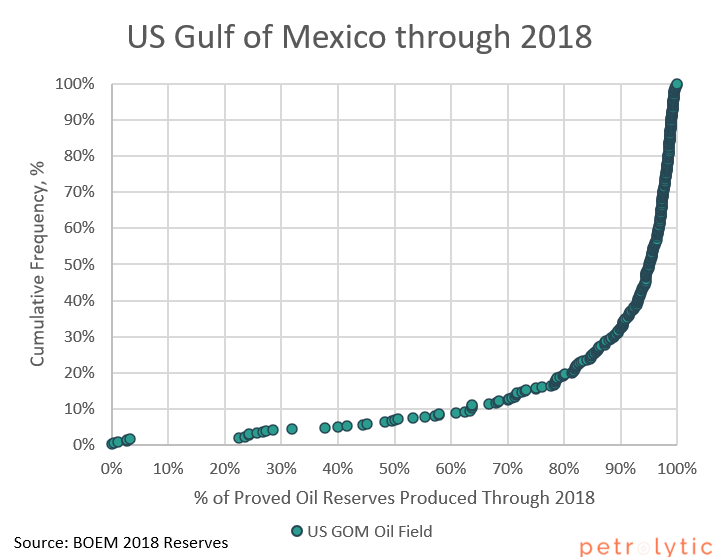 The first plot describes the distribution of developed oil fields in the US Gulf of Mexico. The majority of all proved reserves are held in a small minority of oil fields. More specifically, the 10% of offshore GOM oil fields account for over 80% of total proved reserves in offshore US GOM.

Similarly, the third figure is a cumulative frequency distribution. For example, roughly 50% of offshore US GOM oilfields have produced 95%+ of their proved reserves.

Hope everyone enjoys their week. Follow us on Twitter for daily insights. We'll be back next week with another concise, but comprehensive weekly update.