another day, another major writing-down assets

opportune timing to say the least

(Petrolytics) - Another day, another major writing-down assets. This go around, it's Eni. We'd expect a deluge of impairments given the opportune timing. If one is going to write-down under-performing assets, now is the time to do it. Everyone is expecting bad news; and if there's anything that shields a company from investor scorn, it's releasing poor guidance when everyone else is doing the same.

Keep in mind one can't just easily reverse a write-down. Reserves reporting is incredibly strict. One has to have reasonable expectation that asset value won't return in the short-medium term. Put simply, these impairments aren't just because of COVID. More than likely, they're a long-time coming and the timing is just too good to pass up.

Also, we spoke yesterday about investors requesting from E&P's their internal price forecasts. To reiterate our opposition - it's not necessary. There's a reason proved reserves exists. These are volumes that can be recovered with a reasonable level of certainty and they're assessed with an SEC-mandated discount rate and price protocol. So... the price is known!

Anyway, here're are a few more interesting articles for this morning:

In celebration of upcoming earnings, we're going to start including food-for-thought graphics to get you warmed-up. We shared on Twitter yesterday a plot of proved oil reserves by major operator. We've included that below.

Similarly, we've included in the header-image (and also below) the proved gas reserves by operator. A few things to note: 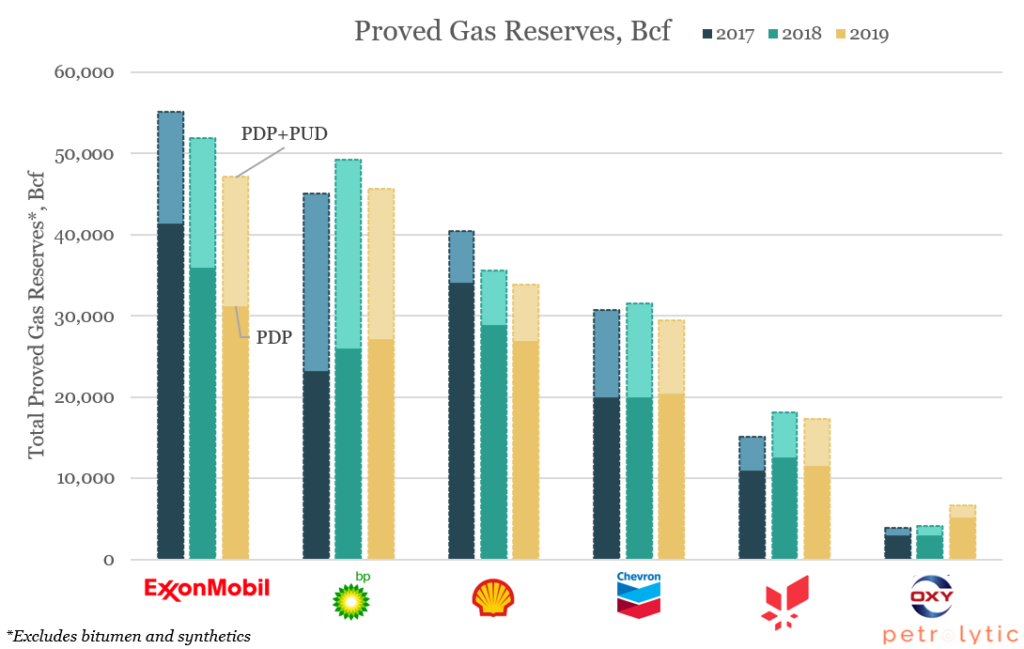 That wraps things up. Stay safe!